Home » Uncategorized » #CoalHollowFire AM Update for 8/19/18

Current Situation:  Firelines held despite being tested by strong winds on Friday night and Saturday afternoon.  The recent increase in acres has largely been due to planned firing operations.  Aircraft support in critical areas, and the removal of fuels through these firing operations, aided in firefighting success.  Firefighters are continuing to tie together sections of completed firelines, increasing the overall containment to 44% on Saturday. Other fires within the state and in nearby states are contributing to smoke in the area.

In Division M, containment was achieved along much of the Hwy 6 corridor to the Dairy Fork Road and down to the Mill Creek road.  Fire crews have been unable to conduct burnout operations to remove pockets of fuel that lie uncontained between the fires edge and Hwy 6.  This operation will occur as soon as favorable conditions present.  In Division Q on the eastern portion of the fire, firing operations occurred to clean up the fire perimeter and give some depth to firelines.

In Division R, firefighters burned out along unsecured sections of the line and will continue these efforts hoping to add to the containment percentage in this southeastern corner of the fire.  Easternmost sections along the line were reported as exhibiting little heat.  Fire crews in Division T continue to engage in areas where they can be successful. Some stringers of fir and aspen have provided opportunities for direct attack, but overall an indirect strategy is necessary to safely contain this division.

In the southwest area of the fire, three hotshot crews were added to staffing with continued direct and indirect attack in Division X, constructing handline from the dozer line to Lake Fork Road.  In Division Z, work along the Lake Fork Road continued removing fuels along the road.  Chippers are expected to be part of this prep work, reducing downed vegetation as the fire approaches.  Additional firefighters were inserted in the division to prepare as the fire approaches.   In the northwest, much of the additional containment announced today occurred in Division J.  Firefighters spent much of the day securing uncontained line and strengthening the line down to the Lake Fork Road.  This work continues today.

Weather:  High pressure will start to build back in to the Great Basin, calming winds down and keeping skies clear with the expectation of some haze from the smoke of surrounding fires. Drier air will move into the area, lowering the relative humidity compared to Saturday.  With the general lack of upper level winds mainly terrain driven winds and can be expected over the fire.  Moisture starts to work its way back into the ridge by Monday, adding the chance of thunderstorms that will stay in the forecast for the rest of the week. 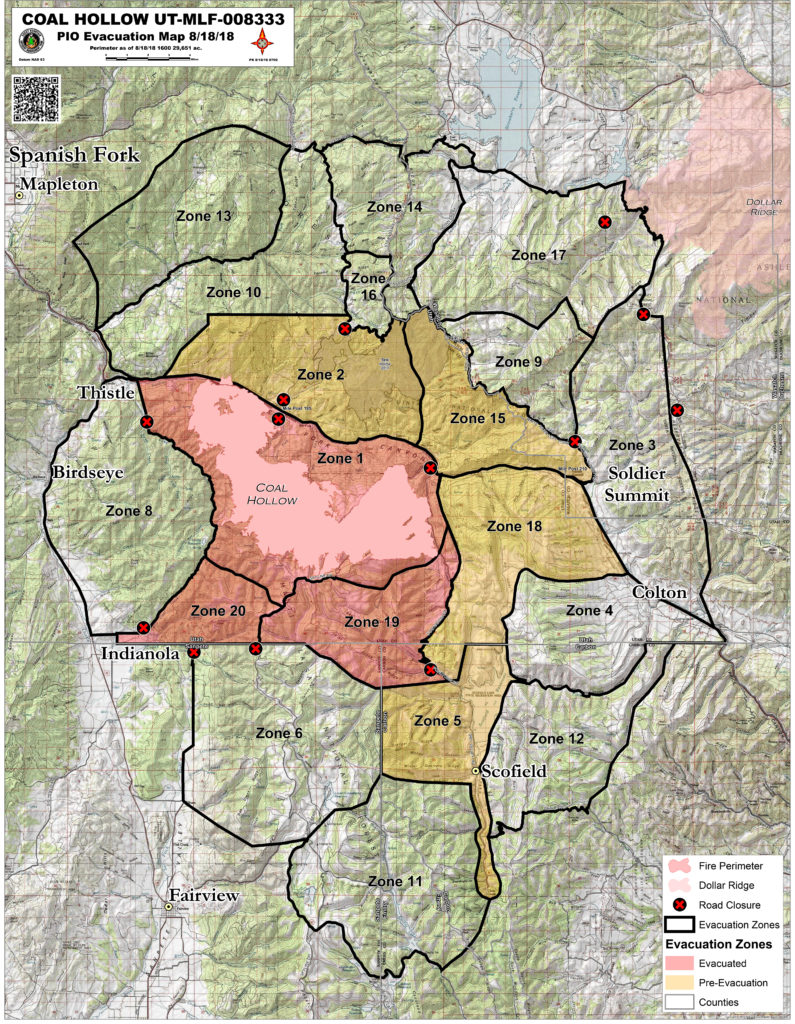 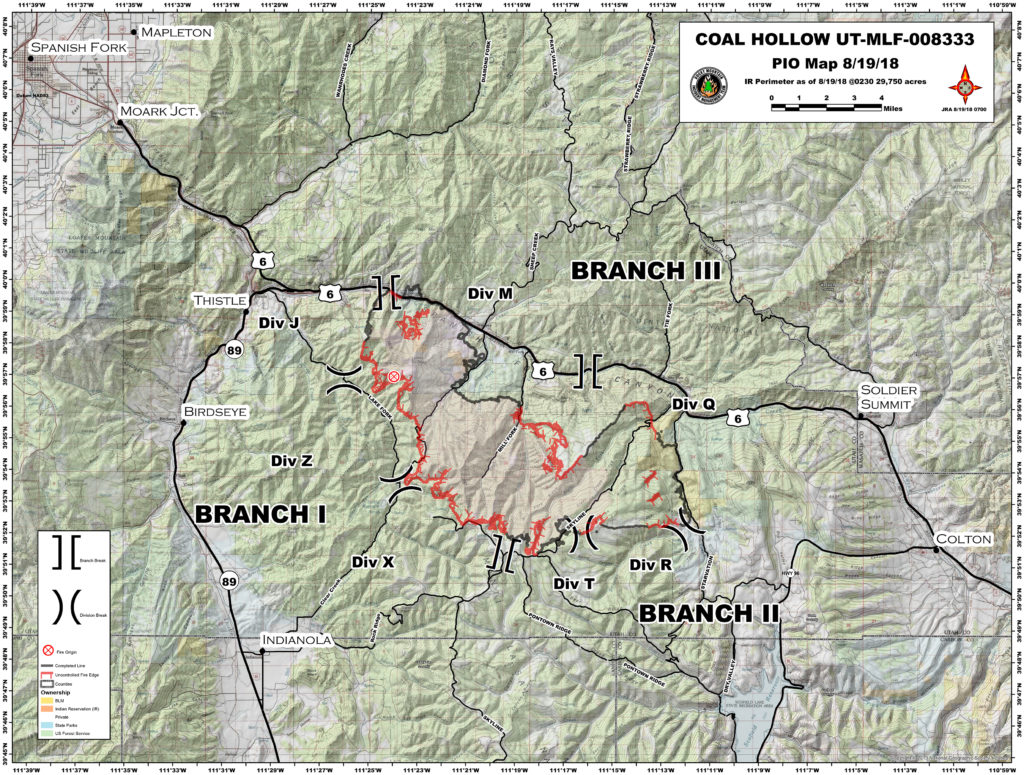